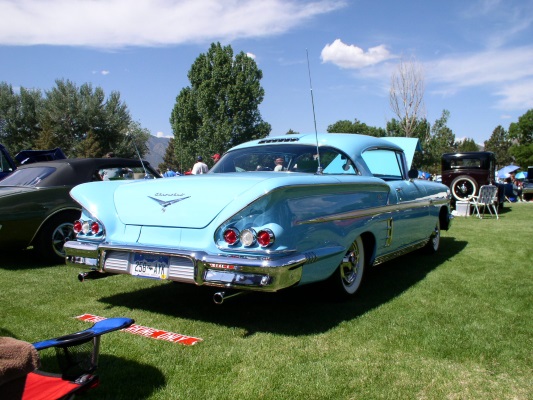 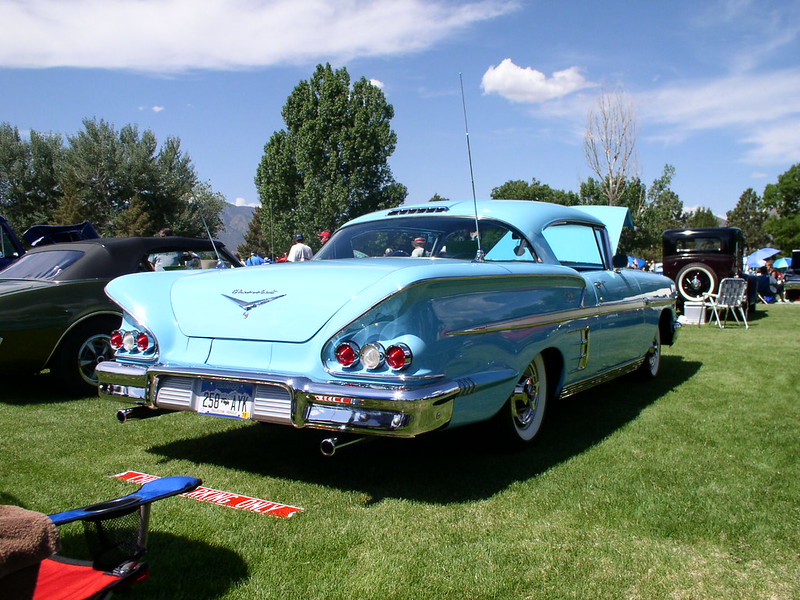 Similar to the car Ron Howard drove in the 1973 cult classic “American Graffiti,” the 1958 Chevrolet Impala was cemented in American folklore as one of the hottest go-fast cars of the finned era.

As all General Motors cars became obese and bloated in ’58, the Impala retained a certain grace and good looks – if not “sveltness.”

The 1958 Impala was never my absolute favorite – way too big (and big looking) compared to the ’57 Bel-Air. But, that huge rear end does have a certain grace with the modest, rounded fins and the roof vent, of course.

While light on fins, the 1958 Impala never lacked chrome and pizzazz. From the wide-mouth chrome grille, complete with integrated bumper) to the admittedly sexy roof vents at the rear, the 1958 Impala cast a large shadow and definitely fit the mold of a 1950’s hot rod.

While larger and heavier than that other Chevy icon, the 1957 Chevy, the ’58 Impala was no drag strip competitor to the ’57.

I can tell you that, in person, the 1958 Chevy Impala is every bit the superstar that the ’57 is – and maybe more!

Here’s a scene from American Graffiti – how many times have you watched this movie? 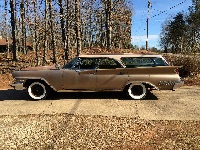 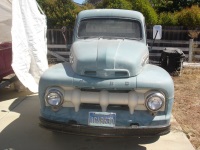