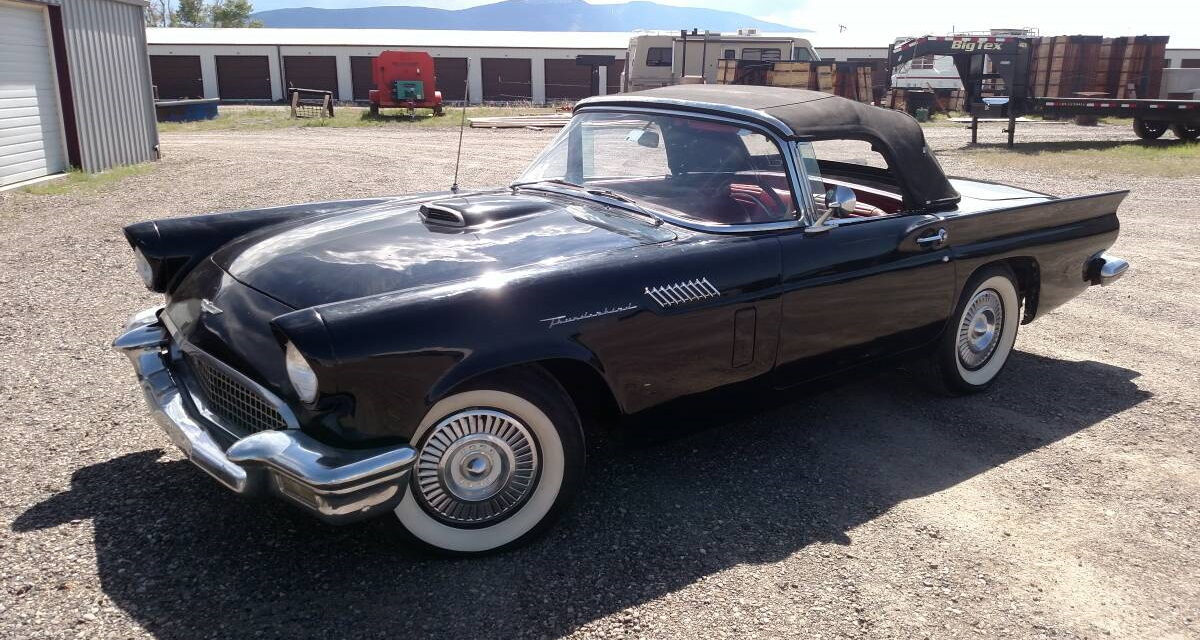 The 1957 Ford Thunderbird is one of the most classic shapes and is probably THE most recognizable 1950’s shape to come out of Detroit – with the exception of the 1957 Chevrolet!

The last year for the “baby birds,” the 1957 Thunderbird was the best version, by far. Here’s why I think this to be true.

One note: I am biased as I own this 1957 Thunderbird. You’re going to hear my words, mixed in with some facts and numbers, but I always think the 1957 Thunderbird to be the sexiest of the “Birds. Bar none.

While it’s true that the 1055 – 1957 Thunderbirds were introduced to compete with Chevy’s fabulous (but very basic) Corvette, the Thunderbird handily outsold the Corvette every year – and by a large margin!

So you can see it wasn’t even a contest for production. Of course that makes the Corvette a much rarer car today.

I had a few requirements when I went shopping for a 1957 Thunderbird. I wanted;

I ended up getting all the above!

Thunderbird – Not A Sports Car

Here’s where the Thunderbird and the Corvette parted ways. Originally, the Corvette competitor was Jaguar, a true sports car. The Thunderbird, on the other hand, was conceived as a “personal” sporty car. The original thunderbirds were raced a little but they just weren’t sports cars.

The most powerful Corvette engine for 1957 was the fuel injected 283 cubic inch small block making 283 horsepower.

With the fuel injected engine, Motor Trend was able to get a 0-60 mph of 6.4 seconds for the Corvette, lowering that to 5.7 seconds with 4.11:1 gearing. The best that the 1957 supercharged Thunderbird was recorded at was 6.2 seconds to 60 miles per hour, with a top speed in excess of 130 mph.

So, both cars were quick and fast with comparable horsepower.

But to me this all comes down to looks and I think the 1957 Thunderbird is absolutely a knockout with no exceptions. And that’s all I have to say about that (for now). 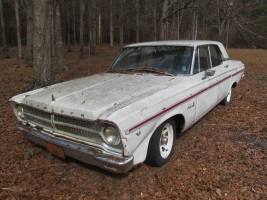